Here are some second-hand smoke facts you must know if you smoke or is surrounded by smokers! Read the article to know how it can affect you, your family, or even an unborn fetus!

What is Passive Smoking? 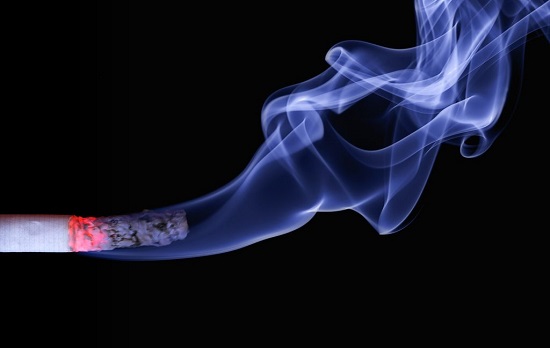 Passive smoking refers to the act of inhaling the smoke from a cigarette or other tobacco products being used by other people. It can increase the risk of cancer, stroke, and lung diseases even if you don’t smoke yourself. The smoke from tobacco products travel through the air and lingers. It can even stay on the surfaces of things and even clothes.

While passive smoking can affect every age group, it is potentially dangerous for children. Children with higher intake of passive smoke are more exposed to respiratory infections. A parent who smokes indoors give rise to a smoke cloud in the atmosphere, which the other members have to breathe anyhow. Some of the many health risks might include:

According to the CDC, tobacco smoke contains more than 7,000 chemicals, including hundreds that are toxic and about 70 that can cause cancer. Also, the leading health authorities have blamed second-hand smoke a major cause of lung cancer in humans.

Our eyes, nose, throat, and lungs are likely to get irritated by sulfur and ammonia. A cigarette is a combination of addictive drugs and other harmful components, which worsens the respiratory conditions. Prolonged exposure to passive smoking can trigger harmful situation for people with bronchitis or asthma.

How it Effects Babies and Pregnant women and The Fetus 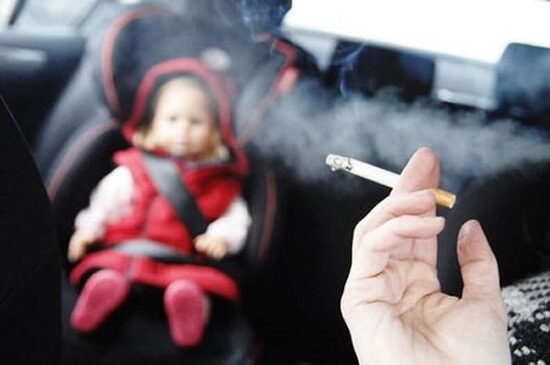 If you’re pregnant and smoking a cigarette daily, you are posing a strong threat to the life of your fetus. Both smoking and passive smoking leaves a serious impact on the development of a fetus inside the mother’s womb. Women who smoke are at greater risk of ectopic pregnancy. Other effects smoking might have on pregnant women are:

How to Reduce The Risk Of Passive Smoking To Family 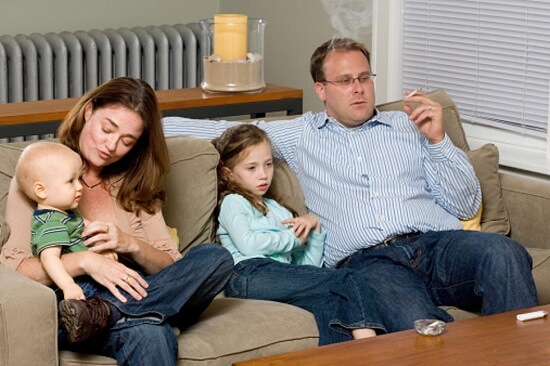 If you’re unable or even unwilling to quit smoking, there are multiple measures you can adopt to protect your family’s health at least:

As an addition to the number of risks, these days researchers claim that passive smoking can even lead to multiple sclerosis and depression. Passive smokers are seen to develop symptoms of such conditions due to prolonged exposure to inhaling second-hand smoke. 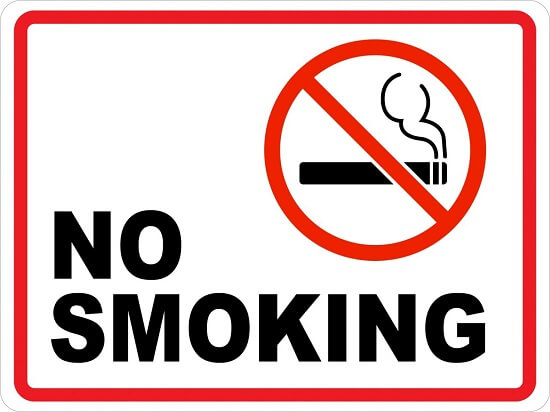 There are laws about smoking in public places, which mostly forbids smokers to smoke in public. Still, there are places where publicly smoking still needs to be regulated.  So, there are things you might do to limit your exposure to second-hand smoke. 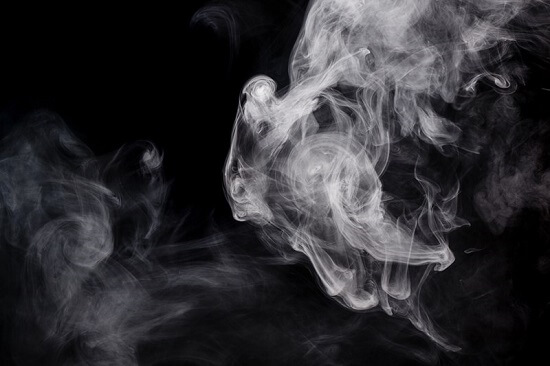 Particles from smoke may settle on your clothes or on surfaces around and remain there for a long time. Although, there’s no specific research to show whether the residue smoke causes cancer or not. And even though it might no longer be smoke, it can be thirdhand smoke or residual tobacco smoke. These particles are seen to combine with the gases in the air and form carcinogenic compounds. Yet they are not as dangerous as direct inhalation of second-hand smoke.

How to Get Rid of Sunburn Fast and Restore Your Skin

Why Should We Avoid Sugar | Negative Impacts Of Sugar

Bath Salts for Cold and Sinus To Relieve...